Fill out the text area below and WaterStart will relay your question to the concerning parties.

Fill out the text area below and WaterStart will relay your question to the concerning parties.

back to my pilots

To provide clean water, Anglian Water relies on biological water treatment processes that remove soluble organic material and ammonia. To enable these biological processes, an ample amount of oxygen is required so that microbes can remove pollutants.

For these reasons, aeration systems are required. Aeration rotors are critical components within these aeration systems; it’s blades trigger the mixing of the water, and the turbulences bring the air to the lower layers of the water stream. Such rotors must operate at maximum capacity within continuous wastewater recycling processes, making them assets of high criticality. Therefore, if downtime would occur in any aeration rotor, site capacity will be majorly disrupted. This can result in a loss of service to customers and major environmental risks through pollution incidents.

To mitigate this challenge, Anglian Water sought a solution with an ability to assess asset health and performance and provide valuable warnings about developing failures within the network.

Samotics’ AI-based asset health monitoring system, SAM4, was able to address the unique challenges of monitoring a fleet of submerged equipment. SAM4 utilizes a suite of techniques to analyze a motor’s electrical signature, meaning the sensors can be installed inside the motor control cabinet (MCC) by design. That allows the water utility to capture reliable and actionable asset health and performance data at a distance, without being anywhere near the submersed asset. Such remote capabilities remove the need to regularly lift submerged equipment for inspections, enabling the Anglian Water team to switch from time-based maintenance to a more proactive approach. As a result, a wide range of assets across 25 sites, including borehole pumps, inlet screws and aeration rotors, were monitored 24/7 using Samotics’ AI-powered algorithms that can detect and classify developing faults at a very early stage.

“We had several critical, submersed equipment that we were unable to reliably monitor before. We relied on time-based routine inspections, which always required a crane on site as well as a team of technicians to lift these assets. Thanks to SAM4, we can do it now reliably and remotely.” – Tom Rust, Technology Development Manager, Anglian Water

SAM4 was able to demonstrate its value in providing continuous monitoring of critical assets.

Two clear examples of significant fault detections are identified below:

Fault detection example 1: Early warning of mechanical unbalance in an aeration rotor enabled maintenance to be planned at an optimal time

In July 2021, SAM4s AI-driven algorithms indicated that a rotor at Anglian Water’s Waste Water Treatment site shows signs of mechanical unbalance and/or looseness. The system promptly notified Anglian Water of the developing failure, however since SAM4 was able to catch it at an early stage, no immediate action was required. Two weeks later, a vibration measurement confirmed the alert sent out by SAM4.

SAM4 continued to monitor the rotor’s condition for the following three months which exhibited sporadic energy increases. Maintenance of was carried in December 2021 resulted in the replacement of the rotor’s motor, coupling and gearbox. When Anglian Water inspected the assembly that was taken out, they found a clear unbalance in the rotor, which again confirmed SAM4’s initial notification. Following these replacements, the rotor went back to its normal operation.

Fault detection case study 2: Continuous real-time insight into the health of the aeration rotor enabled the team to take steps to mitigate risks

In October 2021, SAM4 sent out a high-priority alert for the rotor at the Anglian Water’s Waste Water Treatment site, indicating a sudden increase of energy around the rotational frequency and pointing to signs of mechanical unbalance and/or looseness. At the time, SAM4 had only been installed on the rotor for two weeks. Due to the severity of the developing issue, the system immediately urged the Anglian Water team to inspect the asset at the earliest opportunity and advised to prepare component replacements. Several days later, a vibration measurement confirmed that there is a looseness in the motor and gearbox assembly.

Relying on SAM4’s data and recommendations, the Anglian Water team planned immediate remedial works to ensure that the asset kept running. After the intervention measures, the asset’s condition slightly improved, which was visible in SAM4 data. However, it didn’t fix the underlying failure. For the following 1.5 months, SAM4 indicated that the rotor’s energy intensity kept gradually rising.

On 10 December, SAM4 detected another sharp increase, indicating that the failure progressed to the next stage. The system notified Anglian Water and put the asset on red alert. Over the next few days, the values remained high, which prompted the system to send a follow-up alert, this time pointing to energy rise around bearing-related frequencies. On 14 December, the Anglian Water team received a notification that the rotor would fail shortly.

Given the rotor was required to remain operating at full capacity, it wasn’t possible to immediately take out the asset for maintenance. This unfortunately resulted in the asset breaking down on 15 December – before an opportunity came up to do repairs. Even though the rotor failed, during the whole period Anglian Water continued to receive real- time insight into the rotor’s condition, allowing the team to perform remedial works and take steps to mitigate risks, such as preparing a rental unit to ensure continuous operation of the network site. On 11 March, the Anglian Water team found an opportunity for a new rotor assembly. As soon as the asset went back into operation, it was immediately visible in the SAM4 data.

By accurately signaling developing aeration rotor failures, Samotics greatly helped Anglian Water to take timely action to prevent catastrophic failures and prepare actions to mitigate risks. In turn, this helped the utility to raise its network sites’ efficiency and reliability, so it could continue to supply clean drinking water to nearly seven million customers in the region without major disruptions.

These efficiencies directly resulted in major cost savings through optimized maintenance schedule and avoidance of unplanned activities and the sourcing of required spare parts. The savings associated with the deployment of Samotic’s early warning system on aeration motors alone is estimated to be £100,000–400,000 per annum (~$115,000-460,000).

Moreover, the risk of potential pollution incidents was minimized through continuous monitoring to protect quality and accessibility of water supplies to valued customers.

As part of its bold sustainability agenda, Anglian Water is committed to continue exploring new digital approaches to further improve operational resilience and energy efficiency. This is fully in line with the increasingly pro-active approach that the utility is taking when it comes to operational asset health and performance.

Moving forward, Samotics’ platform has proven its scalability and Anglian Water is actively adding more sites across the service area.

Samotics was founded in 2015 and is based in The Netherlands. Semiotic Labs uses AI-driven electrical waveform analysis to create smart predictive maintenance solutions that reduce unplanned downtime and energy waste. It is Semiotic Labs’ mission to help companies improve their reliability and sustainability by implementing supportive technology on a step-by-step basis. To learn more about Samotics visit www.samotics.com.

Efficiencies directly resulted in major cost savings through optimized maintenance schedule and avoidance of unplanned activities and the sourcing of required spare parts.

The savings associated with the deployment of Samotic’s early warning system on aeration motors alone is estimated to be £100,000–400,000 per annum.

Moreover, the risk of potential pollution incidents was minimized through continuous monitoring to protect quality and accessibility of water supplies to valued customers. 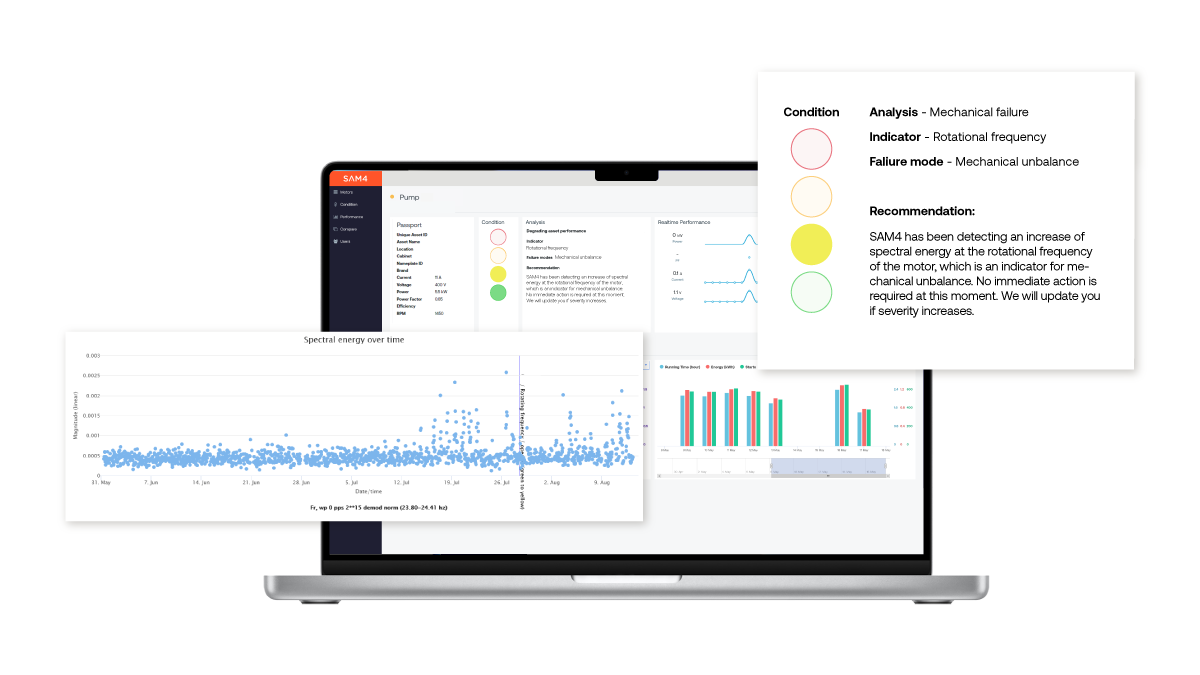 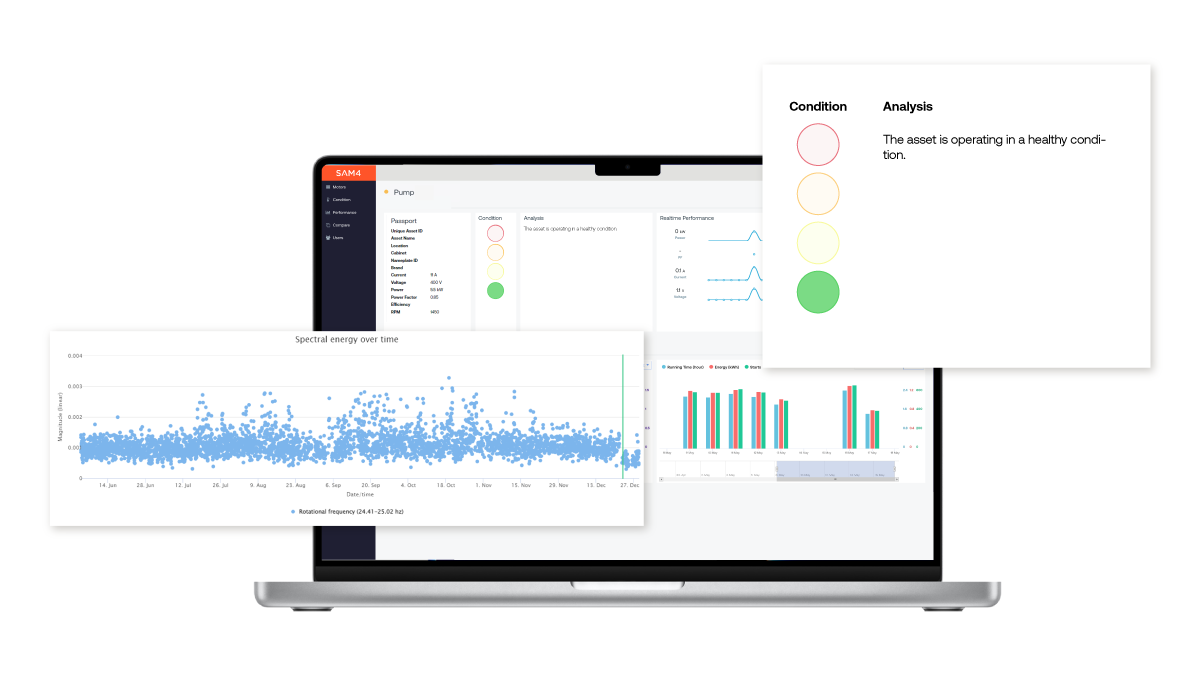 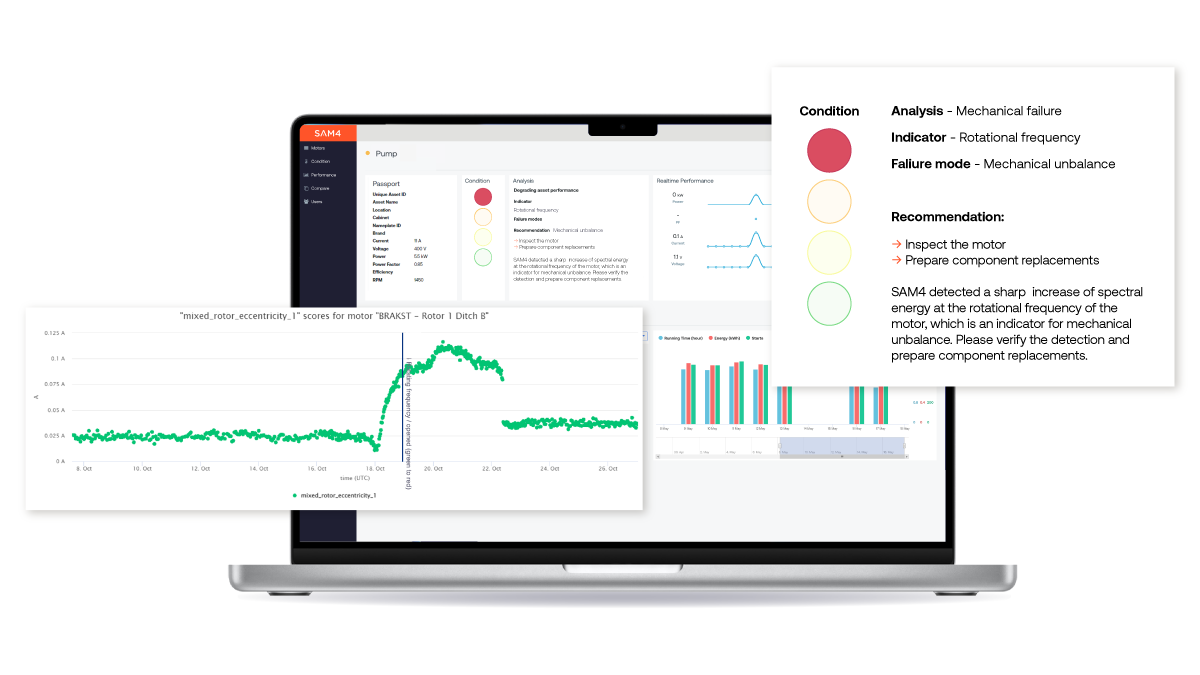 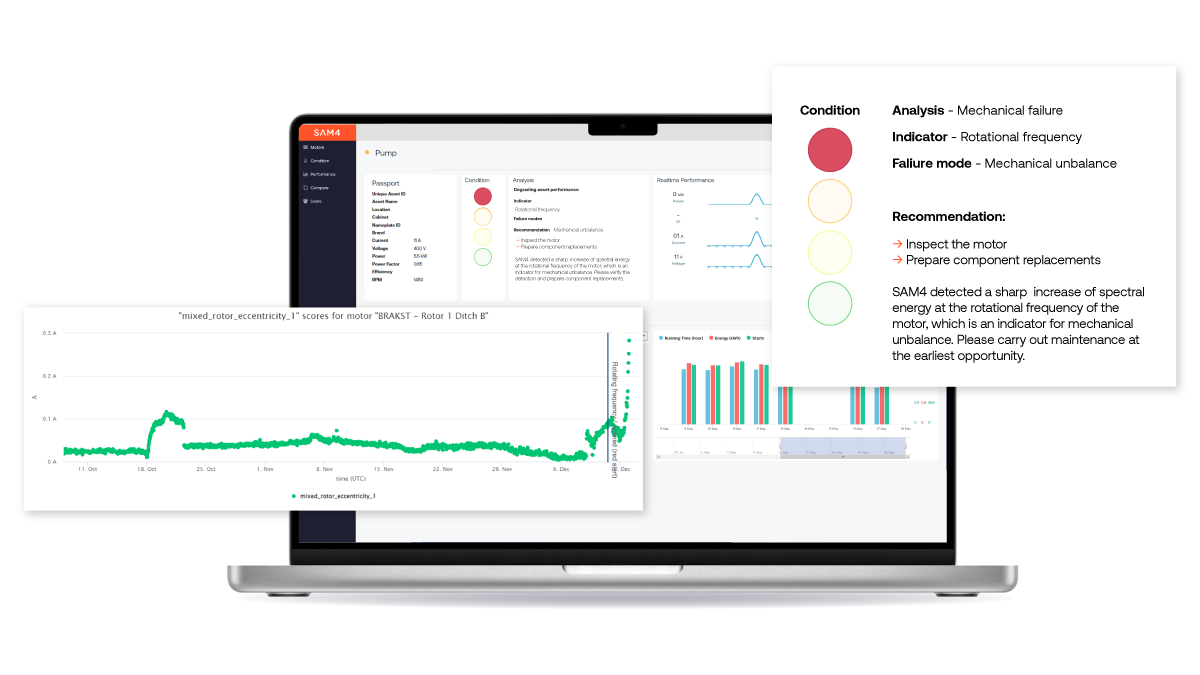 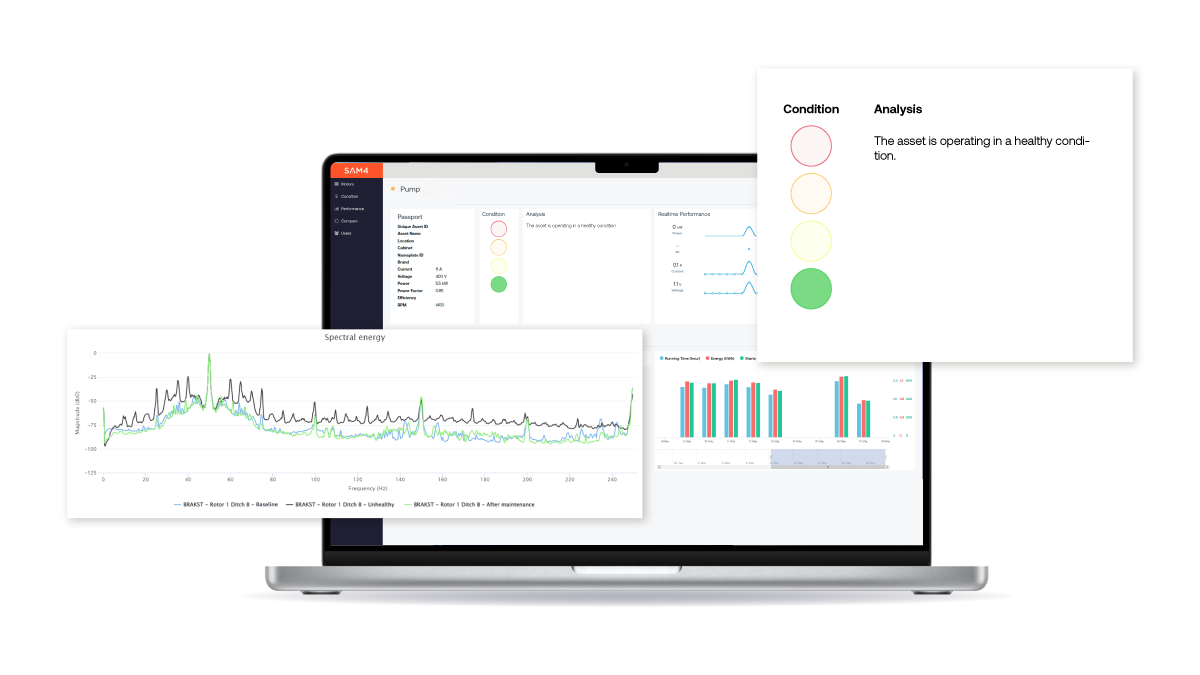 contact
Request Info
Fill out the text area below and WaterStart will relay your question to the concerning parties.
Translate »